How to Eat at a Sushi Restaurant 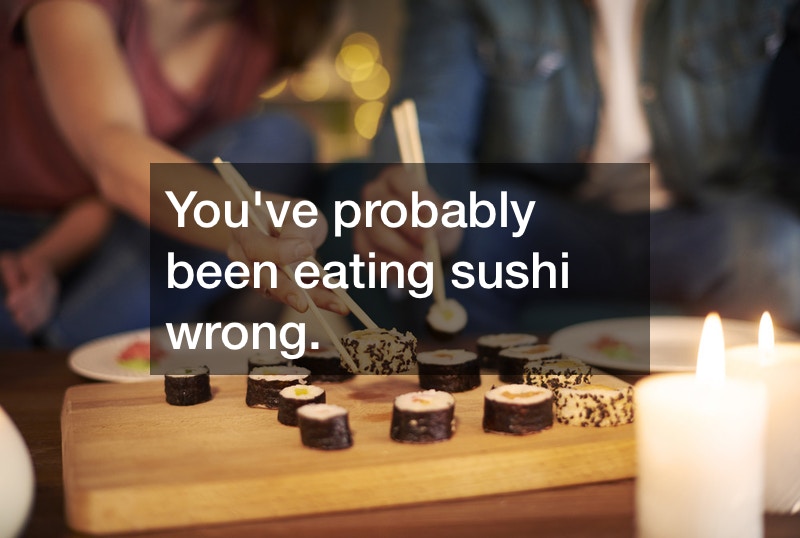 You may not realize it, but you’ve probably been eating sushi wrong. Even if you’re a frequent sushi restaurant-goer and experienced chopsticks user, you might not know the real in and outs of sushi eating. There is a specific etiquette associated with the cuisine and a traditional way of eating it that differs from the way most Americans eat sushi.

One example of the way Americans eat sushi “wrong” involves wasabi. Many Americans dip their wasabi into the soy sauce, and some even dip their fish or sushi roll directly into the wasabi. But the more traditional way of eating it involves dipping the fish directly into soy sauce, then placing a tiny amount of wasabi on top of the fish, then eating it. This results in much less soy sauce and wasabi being used, which helps the flavors of the fish to really come alive. 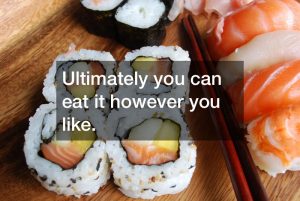 Of course, there truly is no “right” or “wrong” way to eat anything. Yes, there is a traditional method to eating sushi, but ultimately you can eat it however you like. It all depends on your personal preferences and what tastes and textures you enjoy. And also how handy you are with a pair of chopsticks!